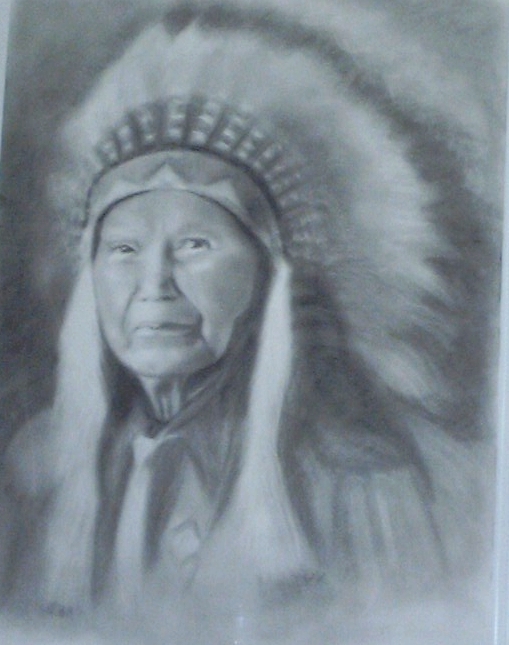 My grandmother always collected Indian relics back in Tulsa, Oklahoma. I was always told that I was also part Cherokee. As a very young child I was babysat by an Indian family by the last name of “McIntosh”. They were very kind to me and seemed like a happy family. My grandmother was very good friends with the grandfather Chief Waldo Emerson (Dode) McIntosh- (Chief of the Creek Nation). She was also friends with his children. She always spoke so kindly of them.
Years later, I found a newspaper clipping in her things with a picture of the Chief.
I wanted to pay honor to this family (and my grandmother) so I drew the him and sent it to them. (They later told me they fought who was going to be able to keep it!) It was fun to do and God’s inspired for sure.

One thought on “The Chief…”

Live life to the fullest..